We are holding auditions for our in-house adaptation of Homer’s spell-binding tale ‘The Odyssey’ which we’ll be performing in April at our place of residence for fringe theatre in Liverpool, The Casa, as well as at Liverpool’s Unity Theatre. Below you can find specific dates, times and requirements for the audition, as well as the dates of the performances and production details. In addition there’s an outline of the plot and details of the characters.

Homer’s ‘The Odyssey’ is an epic tale of magic, monsters, seductresses, romantic and sexual love, revenge, gods and goddesses. It’s a wonderful story without compare which has been entrancing audiences for 3, 000 years now. It tells the tale of Odysseus, King of Ithica who departed from his homeland, his beloved wife Penelope and his young son to fight alongside the rest of the Greek nation at Troy following the abduction of Helen (of Troy).

After ten years of war, Odysseus has to contend with all manner of monsters and witches as he tries to make it home, meeting along the way, the one-eyed giant Cyclops who eats men for breakfast, the seductive Sirens who attract men to their deaths, Circe the witch who turns men into pigs, Scylla the six-headed serpent and Charybdis the whirlpool of death, as well as vengeful gods such as Poseidon the Earth-Shaker. He is compelled to visit the dead in the Hall of Hades to meet the blind prophet Tiresias.

Fortunately he is helped along the way by the goddess Athene who remains infatuated with him. Once at home, in a bloody climax to the tale, he must deal with the baddies of the story, the many royal Suitors who have besieged his wife in his absence for her hand in marriage and lay waste to his estate living in luxury in his palatial home.

Auditions will take place from 6.30pm until approximately 9.30pm on Wednesday 27th January at The Casa, Hope Street, Liverpool, L1 9BQ. They are open to anyone whether or not you are an experienced actor or a beginner who has never acted before. You will not need to prepare anything in advance for the audition which will consist of a mixture of script extracts from the play (which will be given to you only on the evening) and devising exercises.

Prior to the audition itself we will be running two support workshops on Wednesday 13th and 20th January also at The Casa but starting slightly later at 7pm. These will look at themes and aspects from The Odyssey.

PLEASE NOTE WE WILL ONLY AUDITION ACTORS WHO HAVE ATTENDED AT LEAST ONE OF THE WORKSHOPS – though we would prefer you to attend both.

We will be performing The Odyssey on the following dates – 12th, 13th, 15th and 16th of April at The Casa as well as on the 21st April at the Unity Theatre. Other important dates are 6th and 9th April which will be set aside for a tech day and dress rehearsal. Rehearsals will begin in the first week of February. Please note this is unpaid work for everyone involved ourselves included. More info will be given out within the workshops prior to the audition.

– below is a list of the many characters which make up the story grouped into like types with gender given and also the main characters. Actors cast will be played multi-roles of half a dozen characters so will need to be adaptable. This approach ensures that actors get plenty of stage time and exposure. There are plenty of wonderful roles for both men and women and for actors of all ages.

Protagonist
Odysseus (m) – hero of the story, around which the whole adventure and journey of the ‘The Odyssey’ is centred (main role)

Main Gods and Goddesses
Zeus (m) – father of all the other gods
Athene (f) – infatuated with Odysseus (main role)
Poseidon (m) – god of the sea an enemy of Odysseus, who he tries to drown.
Hermes (m) – messenger of the gods delivers commands from Zeus.
+ Muse (f) – narrates parts of the story

Monsters, Witches, Seductresses, Supernaturals etc
Polyphemus (m) – the one-eyed giant Cyclops who attempts to kill and eat Odysseus and his men
Circe (f) – a minor goddess who transforms men into animals and then imprisons them.
The Sirens (f) – enchantresses who lure men to their deaths with their divine singing.
Calypso (f) – a witch and minor goddess who imprisons Odysseus on her isle for seven years
Scylla (f) – monstrous six-headed serpent
Charybdis (f) – deadly whirlpool that sucks down to their deaths seamen.
Ino (f) – minor goddess who saves Odysseus from drowning at the hands of Poseidon.
Aeolus (m) – King of the Wind, presents Odysseus with a bag in which is contained the winds of the oceans in order to help him on his way home.
Hyperion (m) – the Sun-god from whom Odysseus’ men steal immortal cattle causing their deaths.

For more info send an email to info@burjesta-theatre.co.uk (though expect delays in communication between the 5th and 12th of January) or send a text to 07913449396.
We look forward to seeing you later in January! 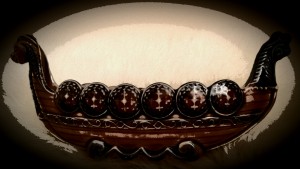