Burjesta Theatre are auditioning for our next production. It is a modernised adaptation of Christopher Marlowe’s 16th century play – ‘Doctor Faustus’.

Doctor Faustus is a classic tale of a man who sells his soul to the devil and eternal damnation in hell in return for 24 years omnipotence on earth.

There a many great roles for women or men, with many of the roles being non-gender specific such as the ‘Seven Deadly Sins’ and the Devils themselves – Lucifer, Mephistopheles and Beelzebub.

In essence Doctor Faustus is a Renaissance take (and a subversive one at that) on the medieval morality plays such as Everyman by that ‘most dangerous of minds’ the athiest Christopher Marlowe.

Performance Details –
We will be performing Doctor Faustus at our resident theatre space, The Casa on the following dates in November – Monday 2nd, Tuesday 3rd, Wednesday 4th and Friday 6th. We are also actively seeking to perform the play in one other venue, date(s) and location(s) to be confirmed later.

You do not need to prepare anything for the audition itself. We will be running two workshops leading up to the audition which will cover themes and elements from the play.
These workshops will take place at The Casa, Hope Street, Liverpool, L1 9BQ, at 7pm on the following Wednesdays – 29th July and 5th August. We will only audition actors who have attended at least one of these workshops though we would look for attendance at both. It would also be worth having a read of the play prior to the workshops.

Please note that for those cast there will be a read through of the play on Saturday 15th August during the daytime with rehearsals beginning on Monday 17th August. Rehearsals will either be on weekday evenings (late afternoons if available) and Saturday daytimes.

This is our 11th production to date since our formation in 2011. To find out more about us go to our website at www.burjesta-theatre.co.uk

To contact us or for more information send an email to info@burjesta-theatre.co.uk 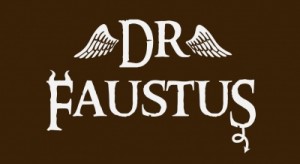