Burjesta Theatre Workshops – Russian Season – Enemies by Maxim Gorky
Wed 8th March, 7pm @ The Casa, Hope Street, Liverpool
Socialist and revolutionary Maxim Gorky’s 1906 play, ‘Enemies’ is the subject of this week’s workshop (the penultimate one in our series on Russian playwrights).
Inspired by the growing class conflict, strikes and demonstrations taking place in Russia during the ‘1905 Revolution’, it his one of his mature works and one of the first (if not the first) to deal explicitly with class conflict and socialism. It is a fine, nuanced play which portrays the growing conflict between the bourgeoisie and the workers following events at a large factory in the vicinity.
All welcome, beginner or experienced. Each workshop is a stand-alone session and costs £3/£2
Regards
Burjesta 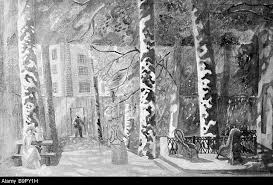