2017 is the centenary of events that Shook the World Since then, much has been written about the October Revolution and its aftermath and from many perspectives, but none with the authenticity of first-hand experience.

The following programme forms part of series of events to celebrate the anniversary:¬

Followed by readings and discussion;

Rex Dunn introduces a short promotional video of the film Betrayal – based on Andrew Smith’s memoir I Was a Soviet Worker (1937) Followed by readings from the screenplay.

Pauline Hadaway introduces live readings of excerpts from her new play The Reckoning set in the aftermath of the UK Miners’ strike of 1983 and from Tom Hadaway’s play The Man from Shields set during the height of the Red Scare in 1949. 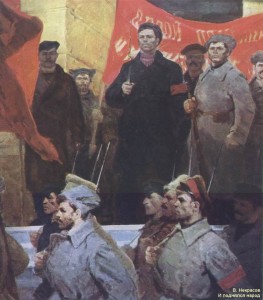